The Peteetneet Museum is very fortunate to have artifacts from the Old Nebo Stake Tabernacle.  After the Mormons arrived in Utah and Payson was settled, the Latter-Day-Saints Church was formally organized in Peteetneet (Payson) on December 20, 850.  This was two months to the day after the new settlement was established.  The branch was organized under the direction of Apostle George A. Smith.  James Pace was appointed to preside over the branch.  The name of the settlement was later changed to Payson the  term branch was changed to ward.
The settlers constructed a temporary bowery near the center of the fort.  It would later become the location of the first and second Nebo Stake Tabernacles which were located at 182 North Main in today’s address system. .    The first tabernacle was constructed at a cost of $27, 447.03 and was dedicated by Apostle Wilford Woodruff on July 20, 1872.  This structure was later destroyed by fire in 1904.
The first LDS Stake in Utah was the Salt Lake Stake.  The second was the Weber Stake and the third one, organized in1851 was the Utah Stake.  The Utah Stake covered the area of current Utah County.  The stake was centered in Provo.  Fifty years later in 1901, the Utah Stake was divided into the Alpine, Prove, and Nebo Stakes.
The Nebo Stake included Payson, Spanish Fork, Salem, Benjamin, Lake Shore, Santaquin, Spring Lake, Genola, Elberta and the Tintic District in Juab County.  Payson was the center of Nebo Stake from the time it was established until 1924 when the stake was once again divided.
The Nebo Stake was without a stake house until the new Nebo Stake Tabernacle was started in June 1906 and was dedicated in November 1907 by President Joseph F. Smith.  The building was constructed at a cost of $20,000.  It was paid for a dedicated in a period of eighteen months.  This was considered a record at that time.
The building could seat over 1,000 people.  The building was filled to capacity for the dedication of the new building.  The building was constructed in such a manner that the sound of the speakers could be heard in the furthest corners of the building.  In 1925 the building was remodeled in a project when a stage with draw curtains was built in the east end of the building.  The basement was enlarged for installation of a kitchen and serving rooms along with serving rooms, ret rooms and a coal room.
Later in the late 1940's a cyclorama and other stage curtains along with new lighting was added in the auditorium.  An organ was also installed in the building.  There ware many Operettas and stage plays presented on the stage by local church and schools in the community.  The annual Payson High School graduation exercises were also held in the building.
The Tabernacle served the needs of the community for over 60 years until a new Nebo Stake Center was constructed in Payson.  The building stood vacant for several years and vandals made their mark in the building.  The LDS Church had established guidelines as to what the building could or could not be used for.
In 1968, the Payson Senior Citizens was organized and Payson City obtained a long term lease on the building to house the new Senior Center.  The group member set out to clean and repair the building and make changes to meet the needs of the group.  The Senior Citizens called this building home until the early 1980's when a new Senior Center was established in the newly renovated Payson City Center which was in  the building that once housed the Payson Hospital.
The building was later sold to a Utah County banking company.  After a study of the building was completed, it was determined the costs to rehabilitate and remodel the building to meet the needs of the new owners would be prohibitive and the building was demolished in the 1980's.  It was replaced by a new modern banking facility that today houses Central Bank.
The Peteetneet Museum is fortunate to have the original podium, council chair, bench, a window, balustrade. And numerous other items from the original tabernacle.  The museum felt it was very important to save many of these artifacts from the past history of the community.
Take a few moments and visit this important display located in our museum.  If the building was a part of your history, it will give you a chance to reminisce and relive old memories of the building. 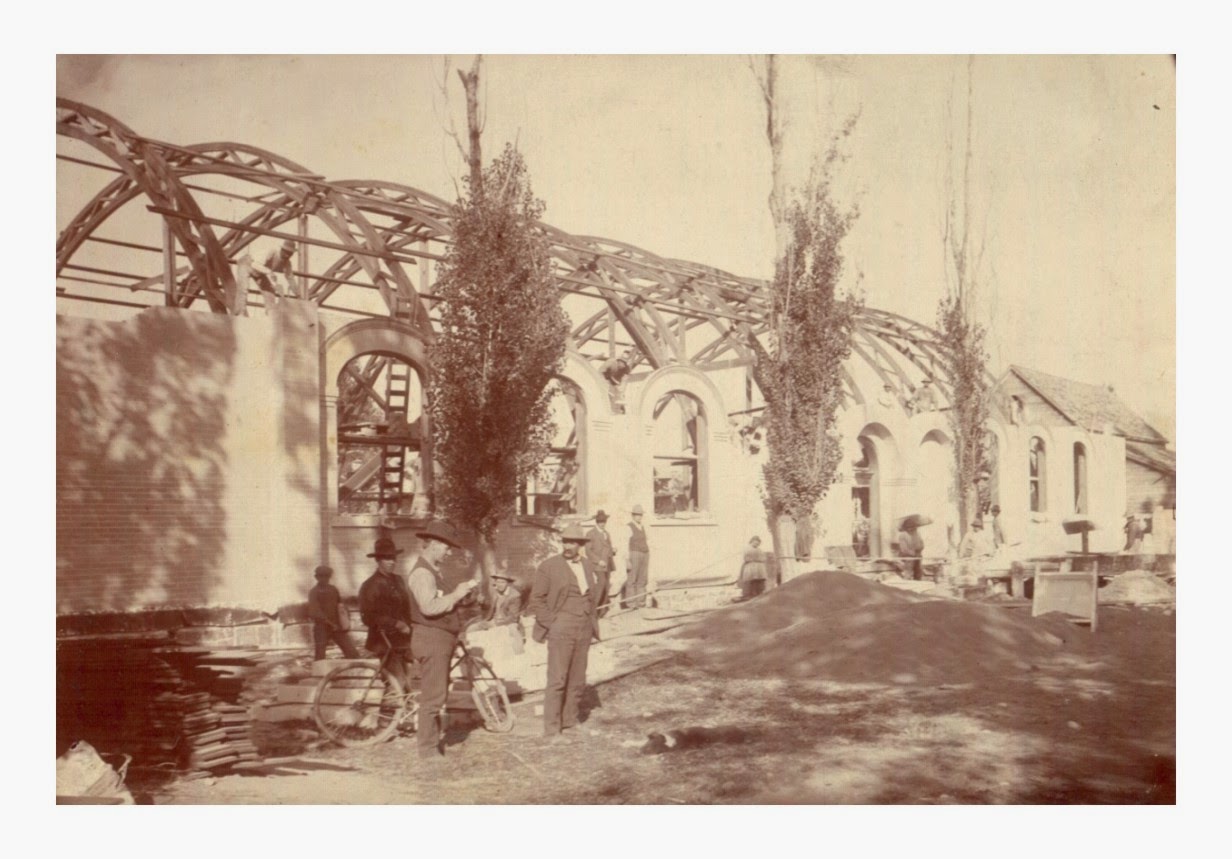 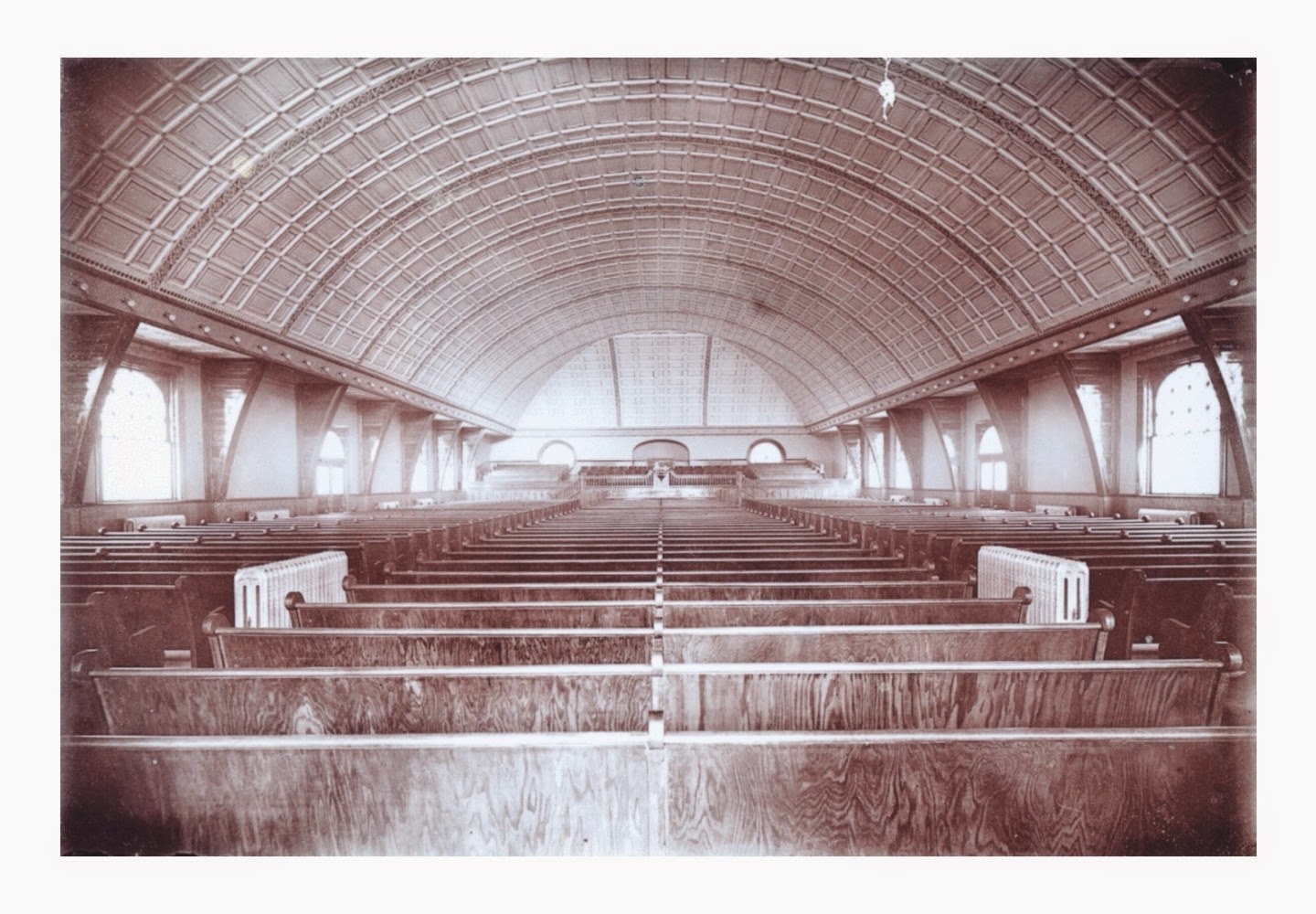 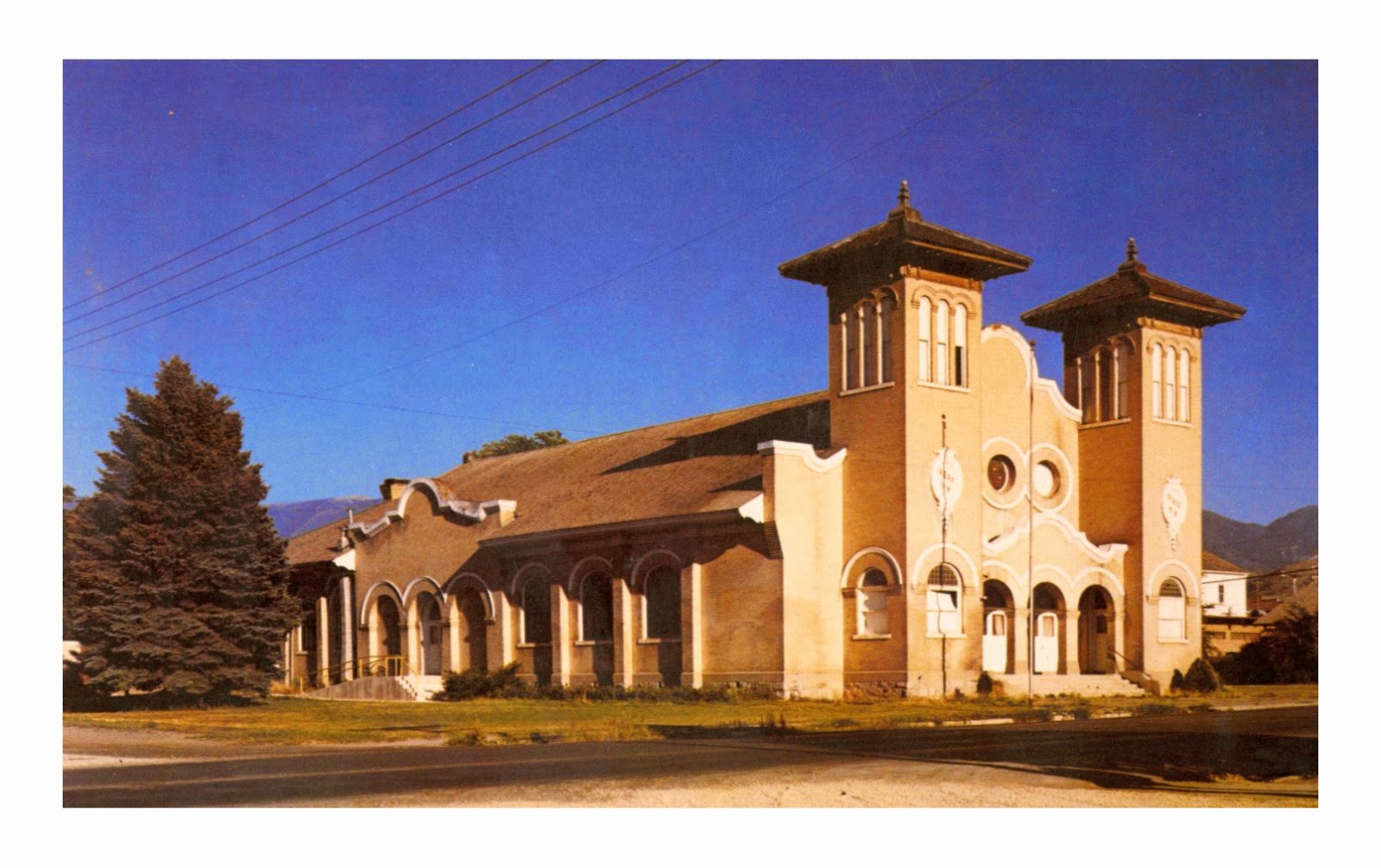 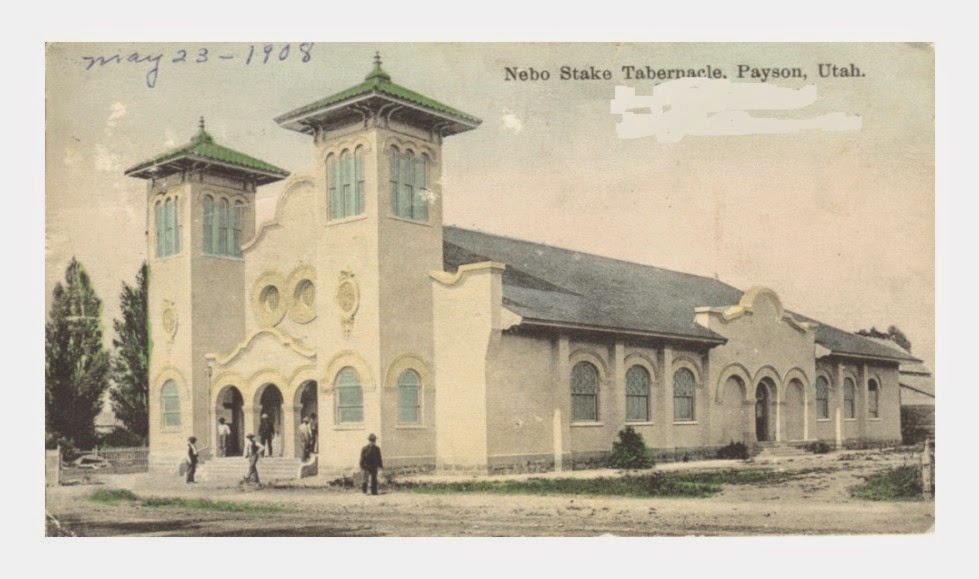 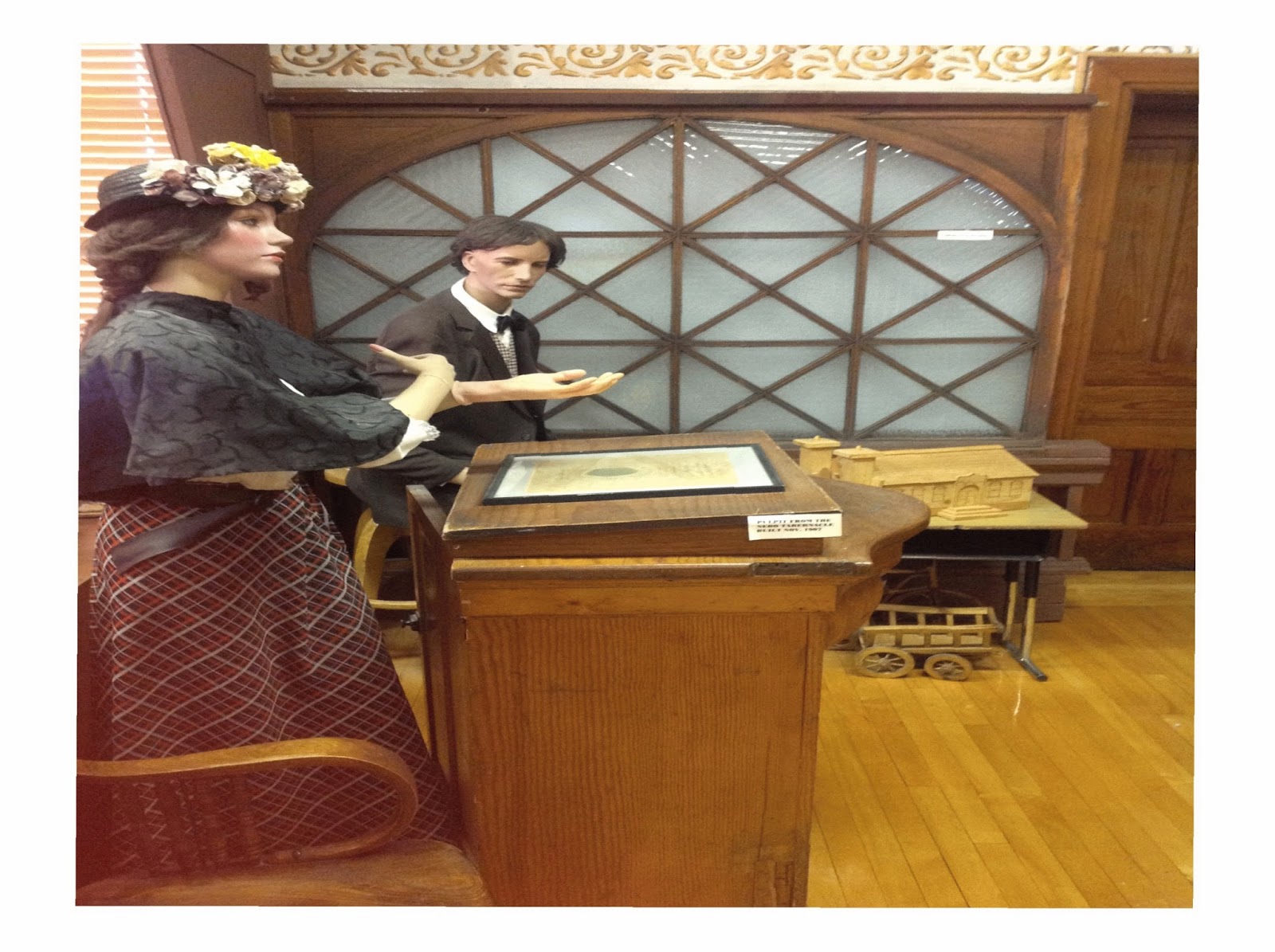