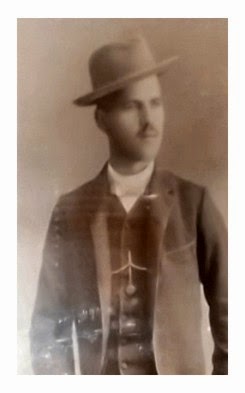 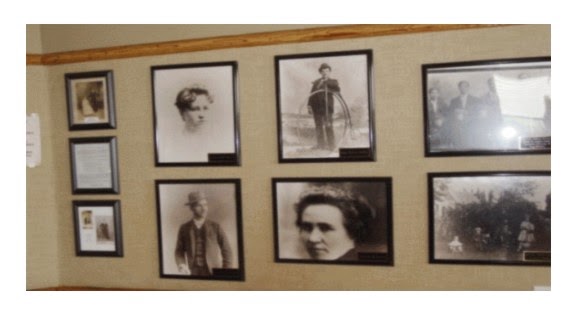 The Peteetneet Museum is honored to have a unique collection of black and white photographs taken by pioneer photographer, Orson Aretus Daniels.  Orson Daniels was born May 31, 1865 in Payson.  He was the son of Thomas E. Daniels and Jane Sheffield.  He went to school in Payson when the teachers were paid in produce from the homes and farms of the students.
Orson was a very energetic young man.  He joined with his brother Thomas who was printing a little hometown newspaper and making tin type photographs.  The brothers purchased a little square camera and sheets of tin, nitrate of silver and chemicals from the C. R. Savage Company in Salt Lake City.  The brothers made their negatives on a small piece of glass. The final photographs was then transferred to the tin type.
Payson was a very small town at that time and the brothers were not able to earn a decent living there as photographers.  In 1885, Thomas and Orson moved the photography business to Provo where their business offered them a brighter financial future.
They set up a gallery there and became very good in their line of work.  Thomas later entered into electrical work.  Orson had become “hooked” on photography and made it his occupation.
Orson marred Susan Crandall on December 19, 1887 in Payson.  They later sealed their marriage in the Salt Lake City Temple.  They were the parents of nine children: Clarence A. Daniels, Rolla V. Daniels, Emmett W. Daniels, Laura May Daniels Feriday, Orson A. Daniels Jr., Verna Daniels Cloward, Donna Daniels Edwards, Bertie Daniels Smith.  Orson Jr. was killed in an accident at the Payson Sugar Factory at the age of 18.  His son, Kenneth A. Daniels, lived with his grandparents.
The first gallery was located on Main Street next to where we find Morganson Frame today.  The building had previously been a meat market operated by Philo Wightman.  He later built a more modern gallery on First South near Main Street.  The buillding still stands and has was later remodeled into a home.
Not being able to make a good living in Payson, Orson traveled with his business tent and camera to Eurek, Mammoth, Goshen, Park City and other surrounding towns.  Orson made thousands of very fine portraits and scenic views.  His name has gone down as one of the great photographers of his time.  He retired when age slowed him down and he died in his home on February 19, 1955 at the age of 89.
*The above information was taken from a DUP History written by Stenna C. Daniels in 1974.
Thanks to Fay Daniels Angus, a descendent of Orson A. Daniels, a room at the Peteetneet has been dedicated to Orson and the Daniel’s family.  There are many excellent examples his photography that was gathered by the family to represent his fine work.  The Arts Department from Brigham University visits the Daniels exhibit each year to marvel at the quality of his work that was sone so many years ago.