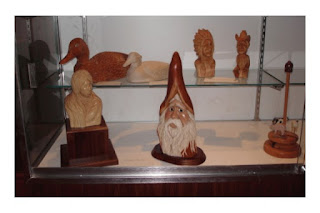 The Payson Senior Citizens Annual Woodcarving Exhibit is now on display at the Peteetneet Museum.  This annual exhibit has been on display during January and will continue through the month of February.  The exhibit was started many years ago by Gene Colvin.  He oversaw the wood carvers at the Senior Citizens Center and was also  a member of  the Payson Historical Society and served as a Trustee of People Preserving Peteetneet.  Since the death of Mr. Colvin.  Bob Dailey has worked with the carvers at the Senior Center and has graciously continued the program that Mr. Colvin established at the Peteetneet.  The Peteetneet and our visitors look forward each year to see the many new carvings displayed by our local seniors.  We are amazed at the talent and hard work that goes into each carving.
Don't miss the opportunity to see this outstanding display in the Peteetneet Historical Room. 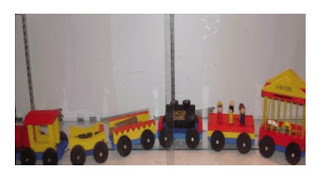 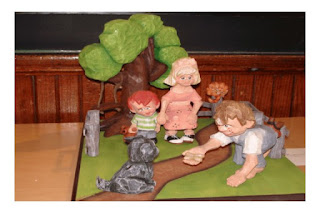 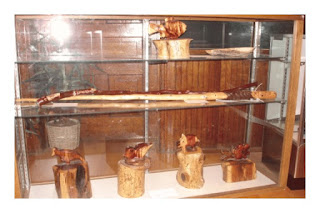 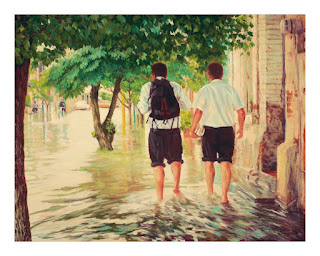 The Peteetneet Arts Council is so excited to feature Rebecca Lee Perry's art through the month of February. There will be an Artists Reception this Friday, January 15 from 6 to 8 P.M., at the Peteetneet Museum. It's free to the public and will be a treat to your eyes as well as your soul! Her many talents have taken her to various parts of the world where she helped with the murals in L.D.S. Temples. She went to Kenya with her husband in 2006 where she took photos and painted them. These are some of her outstanding works. 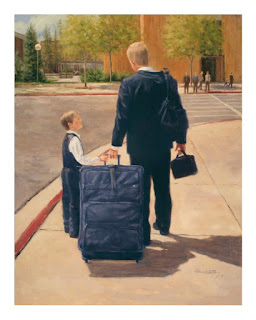 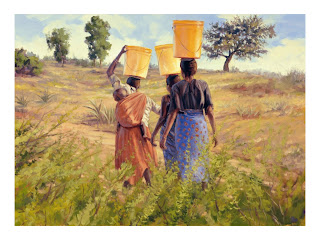 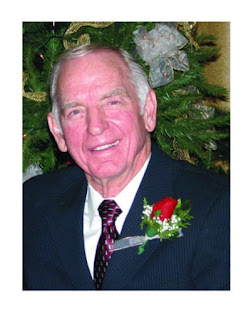 Former Payson City Mayor, Past President of People Preserving Peteetneet and one of the main individuals who helped save and restore the Historic Peteetneet School,  passed away on Friday, January 8, 2016. A viewing will take place this Friday, followed by funeral services on Saturday. 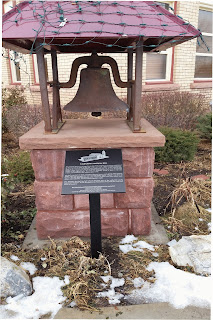 This mission bell was salvaged from one of the 21 missions established by the Franciscan Order in the late 1700s and early 1800s in early California.  Most of the missions collapsed or were destroyed and a few of the original  ones remained.  Many have been rebuilt in recent years and their bells were recast  from molds of the original bells.  This bell was probably made in Spain in the late 1700s and installed in the mission after 1790.

The bell was given to Dale and Gloria Barnett many years ago by John (Dutch) Patten who had salvaged the bell.  He was an uncle of Dale's.  Dutch was born in Payson.  He also gave the Barnetts other historical items:  two oxen yokes, oxen shoes, old bridle bits, and an Indian papoose cradle.

The Barnetts decided the bell  should become part of the collection of the Peteetneet Museum.  It was donated to the Peteetneet along with the small bell tower to house it and the plaques that sits in front of the bell tower.

The following donated their service and/or materials for the construction: 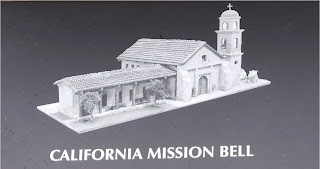