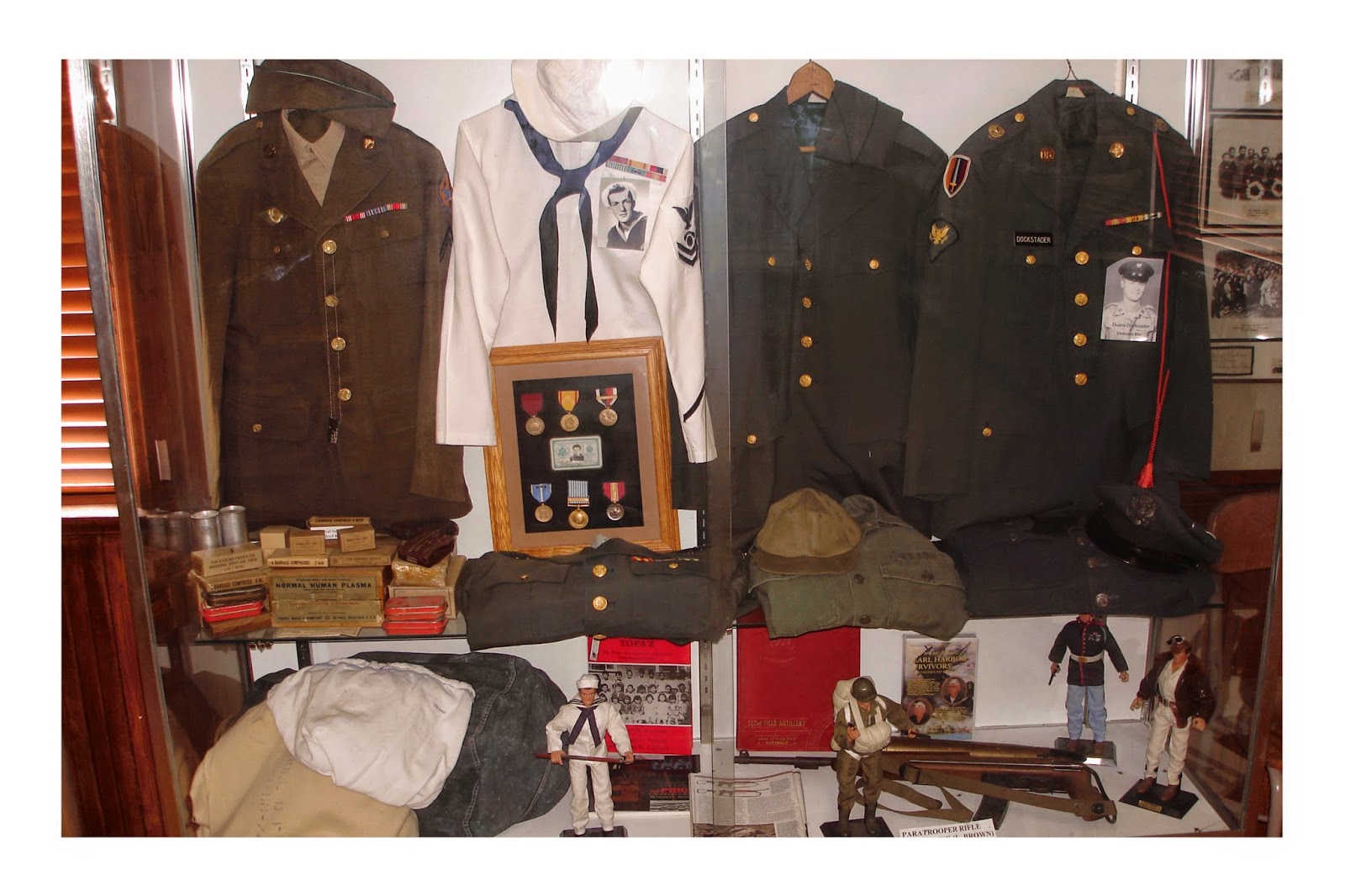 The Peteetneet Museum is proud to have one exhibit room dedicated to the men and women who through the years have fought for freedom in America and throughout the world.
The purpose of the exhibit room is to honor the veterans and the sacrifices that they have made in the name of freedom.
The Freedom Room exhibits are an overview of United States and Utah military history as related to Utah from the march of the Mormon Battalion to the current wars of Iraq and Afghanistan.
The room has displays on the following conflicts or wars: The Mexican War, the Black Hawk War, the Walker War, the Civil War, the Spanish American War, World War I, World War II, the Korean War, the Vietnam War and the Iraq and Afghanistan Wars.
If you haven’t had a chance to visit the Peteetneet Museum, you ought to take the time to see what has been happening in our Freedom Room.  We are continually adding new items to our displays.  New items are either donated or on loan from generous individuals.  Many former servicemen and women had graciously put many items in our military displays.
We have many artifacts such as helmets, rifles, uniforms, medals, newspapers, photos, German relics, Japanese relics, as well as artifacts from Korea, Vietnam, Iraq, and Afghanistan.  We recently had two large cases of scale model military aircraft donated for our displays.  This is an exhibit room you will not want to miss.
The Freedom Room has been developed under the guidance of former PPP President and Payson Historical Society President, Gloria Barnett.  She has worked tirelessly seeking and arranging the displays for a number of years.  We were very grateful to Drew Dockstader and Payson Sports for donating numerous display cases when their business closed when their building was sold to Walgreen for a new drugstore.
The Freedom Room is an ongoing project that is being added to all the time.  She noted the exhibits consist of many items that commemorate the past and the dedication that many have given so that we may enjoy the many freedoms which we are blessed with.  The exhibit room is our small way to honor the great men and women who fought and even died in the quest for the freedoms we enjoy in America.
We hope the public and especially the youth become more aware of the various wars in  our country’s history and the brave men and women who served our country so well in these conflicts.
The Peteetneet Museum wants to continue to show our pride and respect for those who served in the past and those that are also currently serving in all the military branches throughout the world.
If anyone has any items they would like to donate or loan to the Peteetneet for these exhibits, it would be greatly appreciated.  Contact Gloria Barnett at the museum any Monday from 10:00 a.m. to 1:00 p.m. for further information. 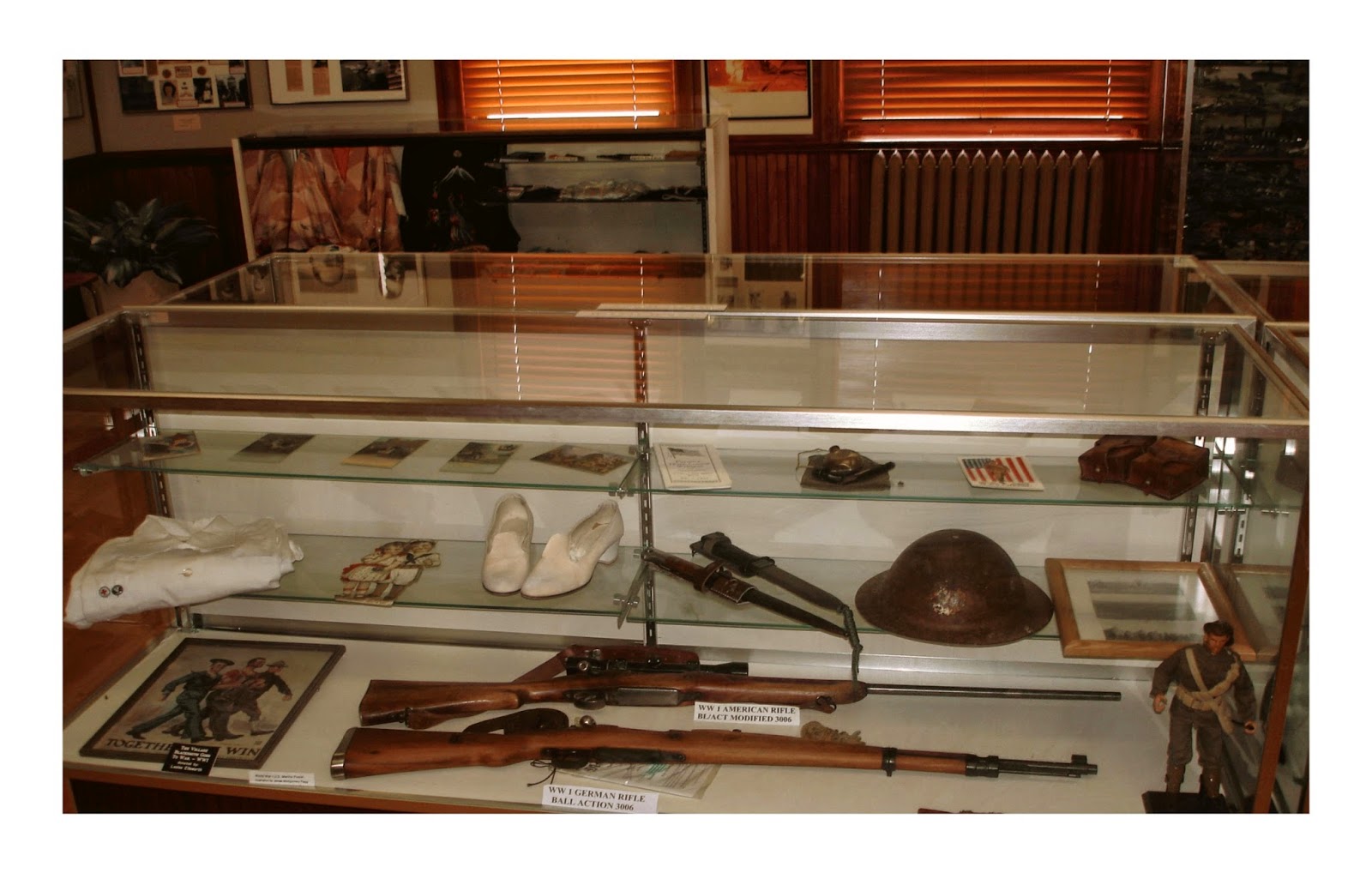 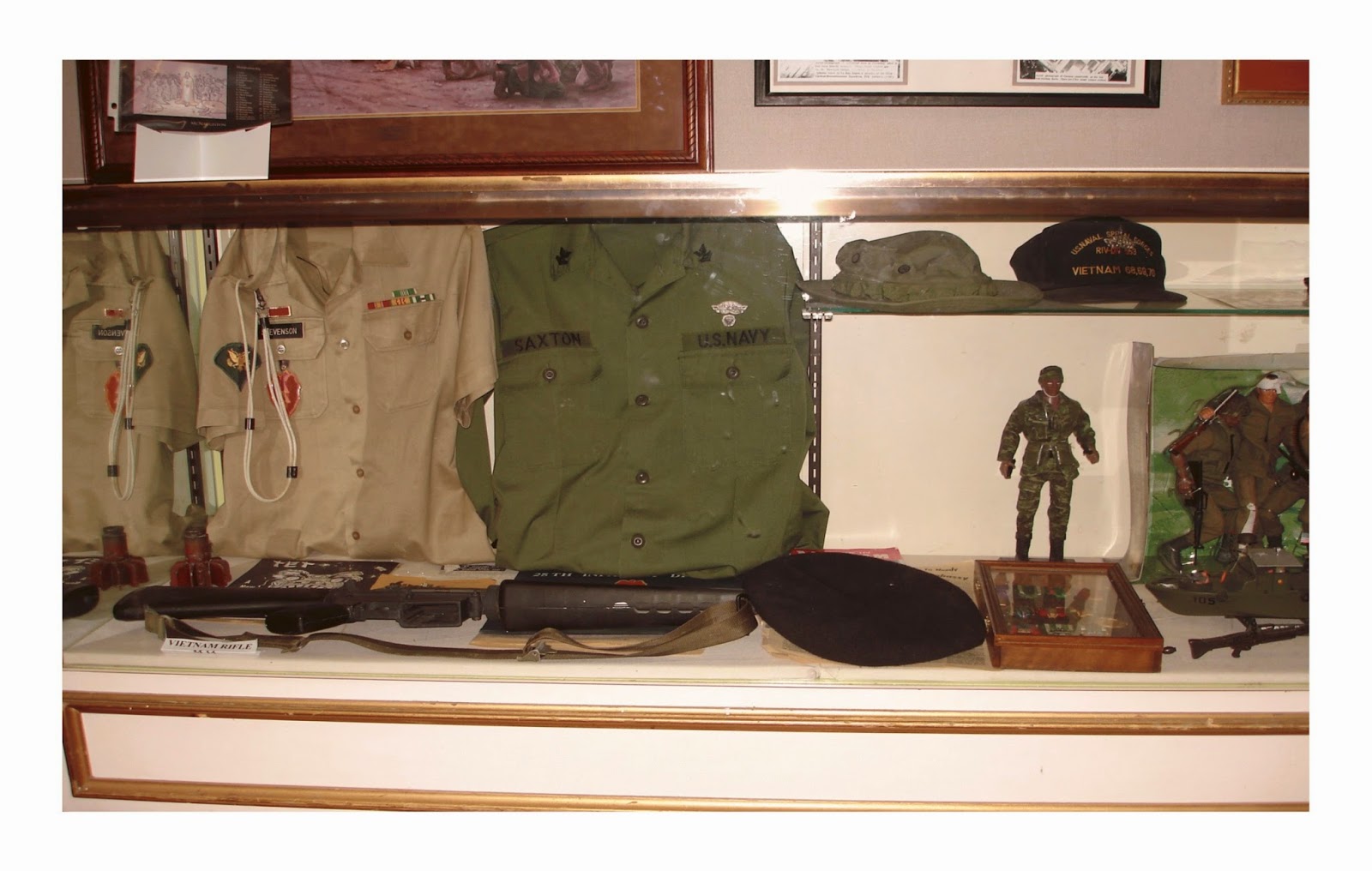